You are here: Home / All Truck News / Electric Semi Truck – This Bugatti Hyper Truck Concept Is The Fastest Fictional Semi 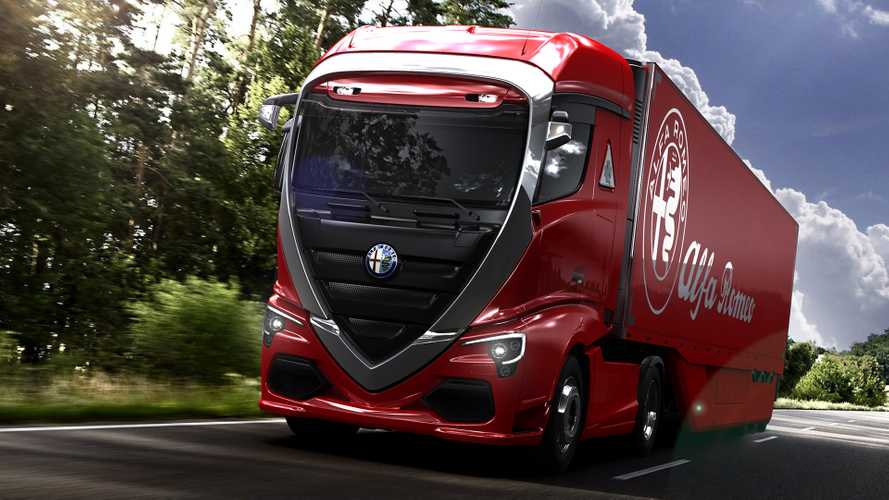 The French marque Bugatti is hard not to associate with speed. Ludicrous speeds, that is. The brand has made a name for itself by making cars with four-digit horsepower ratings and unimaginable top speeds.

And these aren’t just on paper – a purpose-built Bugatti Chiron “Longtail”, which later officially became the Chiron Super Sport 300+ that is bound for production, has breached the 300-mile-per-hour barrier with a record-breaking top speed of 304.773 mph (490.484 kph). 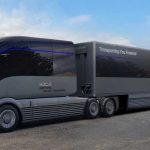 Now, imagine if the French marque makes a semi-trailer truck, or semi, instead of exhilarating two-seaters. Prathyush Devadas of Chinese company Dongfeng did so, and this Bugatti Hyper Truck Concept on the gallery above was how he imagined a Bugatti truck would look like.

To keep the distinct Bugatti design, Devadas gave his rendering of the French semi the iconic “C” line at the front of the truck. Interestingly, the cab looks to be suspended inside the “C,” which gave it a front chin bumper that could sweep whatever it is in front of the massive raging truck.

The Tesla Semi is an all-electric battery-powered Class 8 semi truck/tractor in development by Tesla, Inc.. Two concept vehicles were unveiled in November 2017, and limited production near end of 2020 is planned.

Stay Up To Date Facebook-f Twitter Pinterest Instagram What Is The 2020 Tesla Electric Semi Truck? Unveiled in November 2017 by the Tesla CEO Elon Musk. Was the new Tesla electric truck. This is Tesla’s unique way of entering the commercial trucking market. The electric semi-truck Tesla Semi is pushing new boundaries.