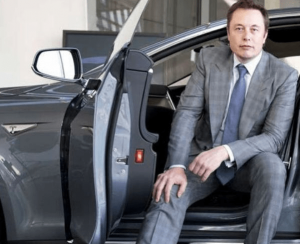 Unless you’ve been living under a rock, you know who Elon Musk is. He does many things. Many people know him for being the CEO and co-founder of Tesla, but he’s also the CEO and founder of Space X (an aerospace manufacturer and space transportation services company), The Boring Company (infrastructure and tunnel construction services company), Neuralink (neurotechnology company), SolarCity (solar energy services), and many other companies and projects.

He is also kind of crazy, he gets frequently involved on Twitter rants, shares memes, and he named his kid X Æ A-12. Yes, that’s right, he recently had a kid with Canadian pop singer Grimes and named the baby X Æ A-12. Which we recently learned from his new interview with Joe Rogan that it’s pronounced X = X (letter X); Æ = Ash; A-12 (Archangel, his favorite aircraft).

Besides wanting the human race to become a multi-planetary species, and wanting us to become cyborgs, he is also a gearhead; he has a history with cars that goes back many years even before Tesla.

In this list, you’re going to take a look at ten facts that prove that Elon Musk is really a huge gearhead.

Elon Musk may just be the 21st century’s Thomas Edison. The prolific inventor’s inventions have won him multiple entrepreneur and innovator-of-the-year awards – and are a regular topic of discussion among both business leaders and consumers. While some of the companies Musk has founded are more famous than others, he has been actively inventing things since before he was a teenager.

Every generation has its great innovators. Da Vinci, Edison, Jobs…men whose contribution have changed the course of technology. Another name that can be added to that list and one which is no stranger to anyone who has not been living under a rock is that of Elon Reeve Musk, a man who today is changing the face of technology, innovation, and creativity.